Was the last release in March?!

Sorry about the delay, but a lot happened in my life and let’s just say I’ve mostly been dazed and confused this entire time. Long story short, I moved jobs and relocated countries (continents even!

). Between work, moving family and setting up house in a foreign country, there was a lot to do, and it was hard to prioritize FoldingText development.

Now to the good stuff! This release adds another new feature, which we think you’ve all been asking about: Themes!

We now have three themes: The Good old Default, A Night Mode, and Sepia. 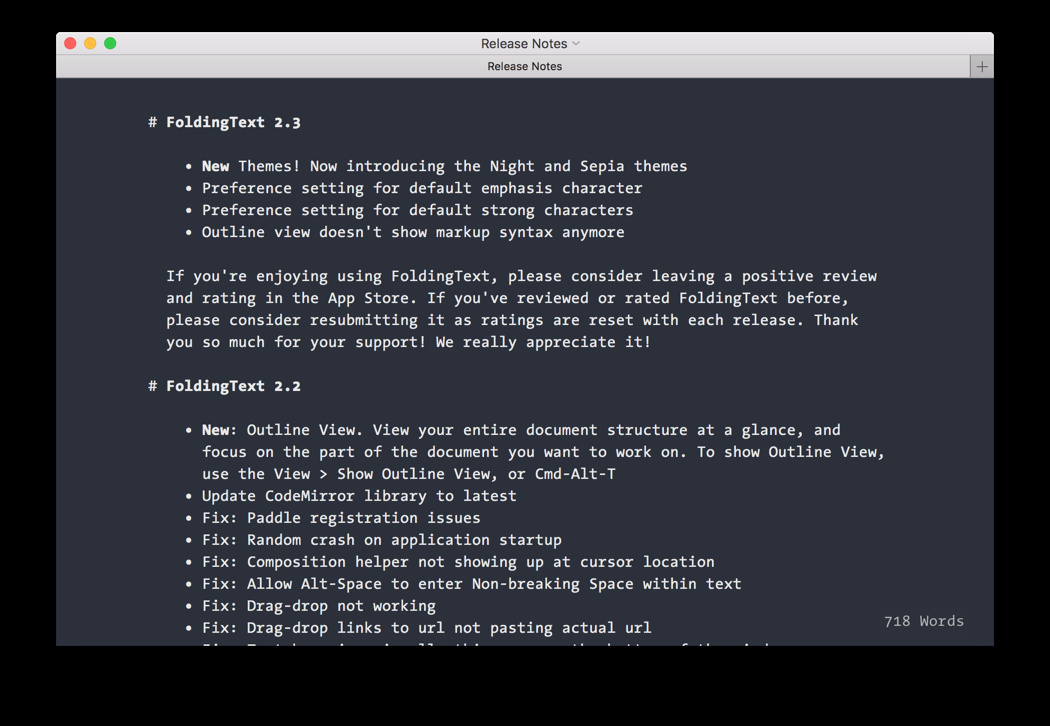 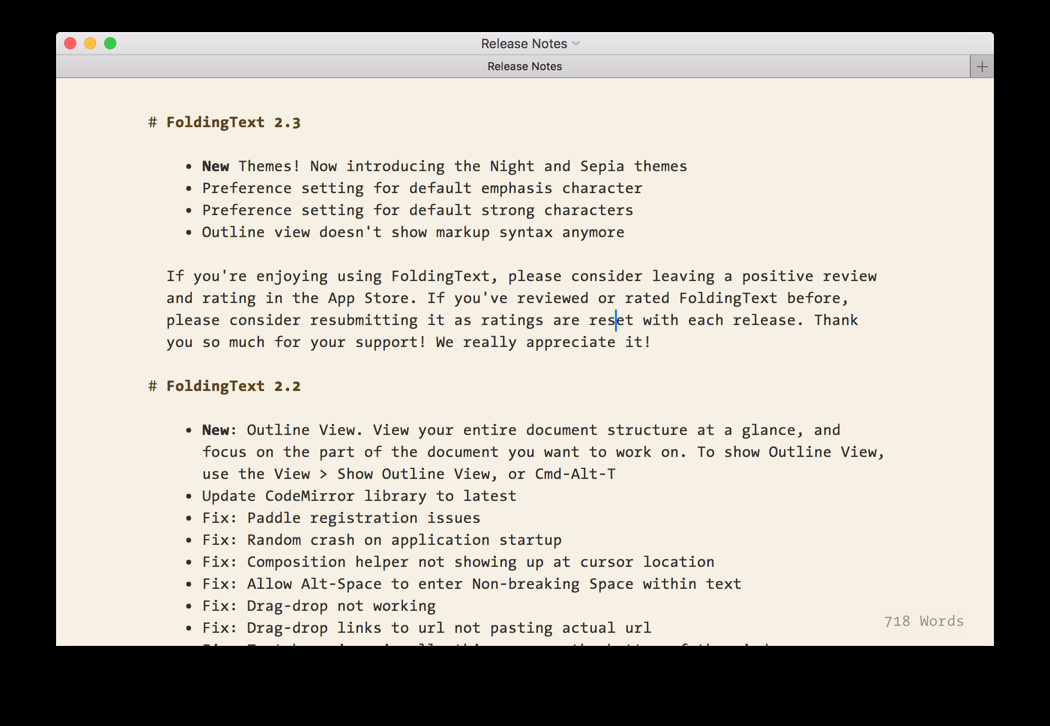 You can switch themes using Preferences. In preferences, we’ve added a couple of other things people have been requesting: The ability to choose whether you like your emphasis and bold syntax using _ or *.

As always, please let us know if you encounter issues with this release. 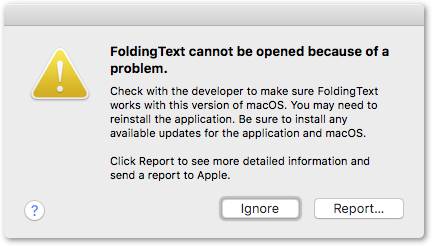 hmm, this is weird indeed

. Looking into this now.

Same problem for me. I use Sierra. Won’t install.

All working fine now thanks!

Can you provide an update on how licensing works for this development update?
I am not sure if I installed it wrong but I got a dialogue box saying my trial has expired and asking for a license key or $30. My Foldingtext 2.2 license was up to date from the Apple store but I think there was an interim 2.2 bug fix update I got directly? Is there a way to update to 2.3 using the current license or is the only choice going back to 2.2?

I determined that I had duplicate application folder in my user directory so this issue is resolved.

Some notes on this dev release:

I don’t follow this thread assiduously but could I just confirm that the dev release is still compatible with https://github.com/jamiekowalski/foldingtext-extra/tree/master/theme%20basic.ftplugin It’s a pleasant theme it would be a shame if I had to spend some time making FoldingText look great again.

(Had to un-modify quite a few bits in my user.less to make themes work, though.)

From what I can tell, version 2.3 can be used with the theme, however the theme will disable your ability to use night and sepia modes. Does anyone proficient with these things know whether there’s a way to maintain night and sepia while also allowing for the custom tagging styles to remain in the theme?

Nice update. Seems the syntax highlighting may need to be tweaked depending on the theme. E.g. with the “Night” theme the following text:

is rendered with true being dark blue against gray - pretty hard to read. May be able to fix in user.less or something, but sensible defaults for dark-background themes would be nice.

Thanks for pointing that out. Somehow some code variables were left unset. I have a patch, which will be released soon.